You are here: Home / muse / You Will be My Witnesses: In Judea and Samaria

In Jesus’ programmatic statement of Acts 1:8 he says that his disciples will be his witnesses in Jerusalem, in Judea and Samaria, and to the ends of the earth. We’ve already looked at their witness in Jerusalem, to the Jews and in this post we look at Judea and Samaria. Of course, as I mentioned in The Beginning of Acts, this is more than just a geographical statement. Samaria is home to the Samaritans. 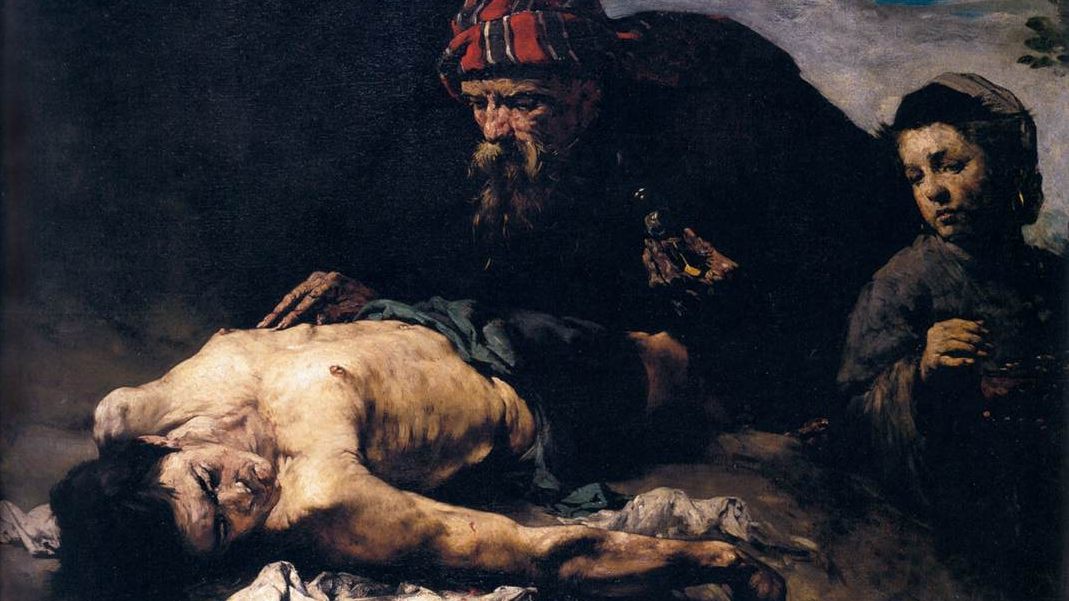 Who Are the Samaritans?

Historically, the Samaritans are related to the descendants of the northern kingdom of Israel. This in itself is important. When God restores the kingdom to Israel, we might expect that he will reunite the divided kingdom of Israel.

But the Samaritans are not the pure descendants of the Israelites of the north. In the eighth century, as Assyria began to increase in power and advance toward Israel over the course of several military campaigns, they gradually reduced the Nothern Kingdom to little more than its capital city of Samaria. Then, in 722 B.C., Assyria completely conquered the Northern Kingdom. All during this process they took many of the Israelites of the Northern Kingdom into exile. According to 2 Kings 17 and the historical records of Assyria, some Israelites remained in the land and they intermarried with peoples from other nations who were settled in the region of Samaria. In this way the “Samaritans” became a people of mixed lineage.

The Samaritans then, are likely the descendants of these people of mixed lineage–they are sort of half Israelites. It’s the same way in terms of religion. Instead of receiving the complete Old Testament as their sacred writings, the Samaritans have accepted only the first five books of Moses–the Pentateuch.

It will be good to keep these two things in mind as we read Acts 8. The Samaritans are the remnant of the northern kingdom and they are “half Jews.”

A Quick Review of the Story

Since it’s been so long since last I wrote, it might be helpful to review what we’re looking at. We’re reading Acts as a story with a beginning, middle, and end. We said that in order for the book of Acts to come to a successful conclusion, the disciples must share the gospel in Jerusalem, in Judea and Samaria, and to the ends of the earth (Acts 1:8). So far we’ve seen that the disciples have shared the gospel in Jerusalem to the Jews.

Next on the agenda (according to Acts 1:8) is Judea and Samaria. The story proceeds when Stephen is martyred and a persecution breaks out in Jerusalem, scattering the disciples throughout Judea and Samaria. As a result, Philip goes to Samaria to share the gospel with the Samaritans.

The Gospel to the Samaritans

What happens in Samaria is interesting.

Now when the apostles at Jerusalem heard that Samaria had received the word of God, they sent to them Peter and John, who came down and prayed for them that they might receive the Holy Spirit, for he had not yet fallen on any of them, but they had only been baptized in the name of the Lord Jesus. Then they laid their hands on them and they received the Holy Spirit.
Acts 8:14-17 (ESV)

This is a bit enigmatic. Why didn’t they receive the Holy Spirit when they were baptized? Of course some would use this verse to explain the reception of the Holy Spirit as an event separate from becoming a believer. But this is unlikely and I think there is a much better explanation.

Remember, the Samaritans are half Jews. We know from our reading of Acts 2 that the coming of the Holy Spirit is like God inhabiting his holy temple. It might have been natural for the Jewish Christians (there were no other Christians at this time) to wonder if non-Jews like the Samaritans could be accepted into God’s kingdom without first becoming Jews. After all, the Jews are God’s covenant people. But because God’s Spirit indwells the Samaritans in a visible way, there can be no doubt that God has accepted them. With the presence of the apostles, God’s acceptance of the Samaritans has been confirmed by the leaders of the church.

There can be no doubt, God has accepted the Samaritans into his kingdom.

Where are We in the Story?

By God’s providential working in history, the gospel has now moved beyond Jerusalem and the Jews. It has now moved into all of Judea and Samaria and the Holy Spirit has now included the Samaritans among those in whom God’s Spirit can dwell.

Do you remember the word of God theme from the previous post? Wherever the word goes it conquers and moves on. Notice again what the text says in 8:14

Now when the apostles at Jerusalem heard that Samaria had received the word of God, they sent to them Peter and John, who came down and prayed for them that they might receive the Holy Spirit.

Now that the Samaritans have received the word of God, Samaria has been conquered. We might say that the northern and southern kingdoms of Israel have been reunited.

And now the text moves on. We have moved one step closer to the resolution of our tension by completing yet another step in Jesus’ programmatic statement from Acts 1:8

But you will receive power when the Holy Spirit comes on you (check);
and you will be my witnesses in Jerusalem (check), and in all Judea and Samaria (check) …

Acts 9:31 serves as a summarizing verse for this section of the text:

So the church throughout all Judea and Galilee and Samaria had peace and was being built up. And walking in the fear of the Lord and in the comfort of the Holy Spirit, it multiplied.