You are here: Home / muse / A Work that You Will Not Believe

The first of Paul’s significant speeches is recorded by Luke in Acts 13 when Paul speaks in the synagogue in Pisidian Antioch. The speech is interesting because it contains a cryptic quote of Habakkuk that is often preached horribly out of context. That’s too bad because it plays an important role in setting up the second half of the book of Acts. 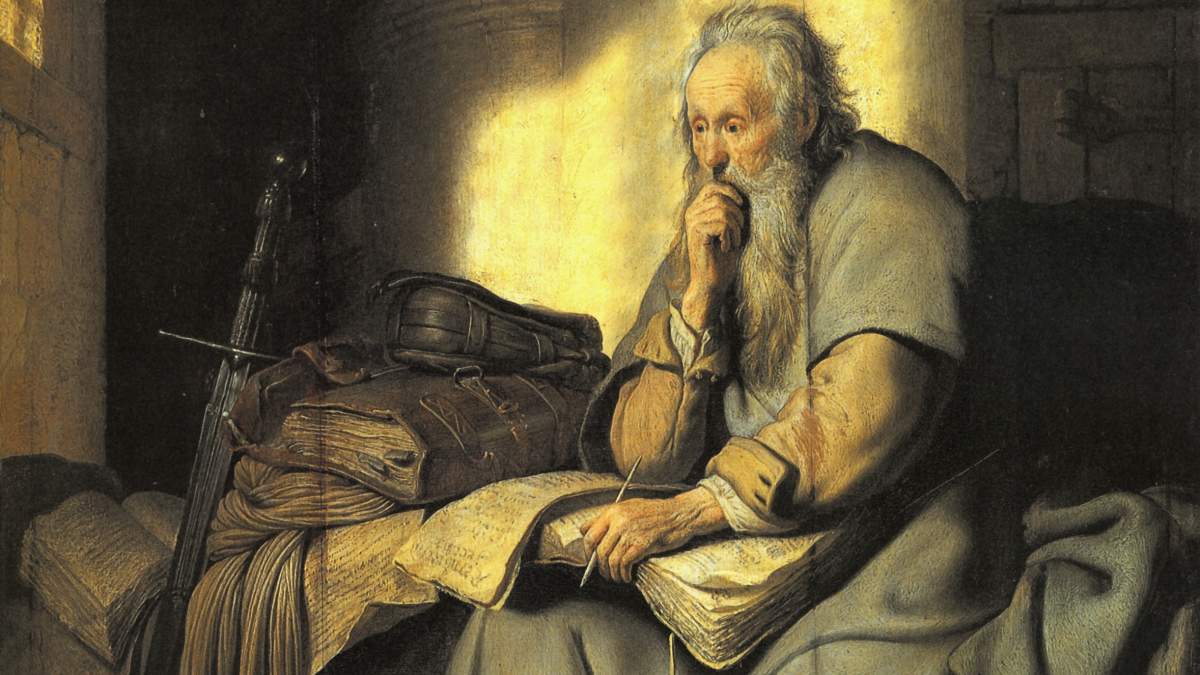 The Second Half of the Book of Acts

The first half of the book of Acts ends at 12:24 with the summary statement

But the word of God increased and multiplied

From here on out the focus shifts to Paul and his journeys to spread the gospel to the ends of the earth. Acts 13 records how the Holy Spirit instructed the church in Antioch to send Paul and Barnabas on their first missionary journey. Once again, it’s the Holy Spirit who is guiding the spread of the gospel.

This is not the mastermind of man, nor the happenstance of history, it is the very plan of God.

Paul’s (and Barnabas’) first stop is Cyprus where he sets a pattern that will continue throughout this second half of the book. Paul goes first to proclaim the word of God in the synagogues (13:5). While in Cyprus, a Jewish false prophet or magician named Bar-Jesus tries to keep the proconsul from receiving the word of God. Paul, however, confronts him and then declares that he will be blind because of his attempt at thwarting God’s plans.

In my opinion, what we have here is the first instance of a wave of resistance on the part of the Jews (in some cases) and demonic powers (in other cases) to keep the Gentiles from receiving God’s word. We’ll see why that’s important as we continue the series.

The next stop is Pisidian Antioch where once again they preach the gospel first in the synagogues to the Jews. While there, Paul is invited to speak and Luke provides us with a fairly lengthy speech (13:16-41) that recites the history of the Jews from the patriarchs and the stay in Egypt all the way to the crucifixion and resurrection of Jesus. He explains that everyone who believes in the forgiveness of sins through Jesus is

freed from everything from which you could not be freed by the law of Moses.

But the ending of Paul’s speech is curious. He ends with a quote from Habakkuk.

Look, you scoffers, be astounded and perish; for I am doing a work in your days, a work that you will not believe, even if one tells it to you.

These are the very last words that Luke records of his speech. Paul seems to be using it as a warning not to reject the gospel. At first glance these words might not seem so strange. In fact, I’m sure you’ve heard plenty of missions sermons using this verse. But this is a strange verse to use and you’ll see why when we take a closer look at Habakkuk.

The Context in Habakkuk

Habakkuk is the prophet who questions God. He can’t understand why God is allowing all the injustice and iniquity that he sees among God’s people in Jerusalem and so he goes before God and asks him when he’s going to put a stop to it. God answers him with the verse we just quoted above. But there’s more to the answer than just that quote. Let’s read on…

For behold, I am raising up the Chaldeans, that bitter and hasty nation, who march through the breadth of the earth, to seize dwellings not their own… They all come for violence, all their faces forward. They gather captives like sand.

God is going to send the terrible Babylonians to judge his people by wreaking havoc on Jerusalem! That’s the amazing thing that God is going to do? Needless to say, Habakkuk had some additional questions for God. But we should have additional question, too. What is Paul trying to say by using this quote? What does sending the Babylonians to judge Jerusalem have to do with his speech in the synagogue?

Paul is not taking this verse out of context just to use these convenient words to describe the amazing things God is going to do by spreading his salvation all over the world. That’s not the point at all. He couldn’t get away with that in a synagogue. Unlike those preachers who didn’t bother looking up Habakkuk 1:5, Paul’s and Luke’s audiences are familiar with the context of this verse.

For Habakkuk, the surprising thing was that God planned to use those heinous Gentiles to judge the Jews. If the Gentiles have any place in God’s plans, it should be as the objects of God’s fierce wrath. They shouldn’t be playing a part in carrying out God’s judgment on the Jews!

This is precisely where we find convergence between Habakkuk’s situation and Acts 13. Paul is warning the Jews not to think that the only place in God’s plan for the Gentiles is as the object of his fierce wrath. If you do, then you will be surprised when you find out that the Gentiles have another place in God’s plan – as the object of his grace and mercy.

The Reaction of the Jews

Unfortunately, the crowds (Gentiles?) reacted so positively to Paul’s message that the Jews became jealous. In response, Paul speaks out:

It was necessary that the word of God be spoken first to you. Since you thrust it aside and judge yourselves unworthy of eternal life, behold, we are turning to the Gentiles. For so the Lord has commanded us, saying, ‘I have made you a light for the Gentiles, that you may bring salvation to the ends of the earth.’

The Gentiles in turn respond to this new turn of events:

And when the Gentiles heard this, they began rejoicing and glorifying the word of the Lord, and as many as were appointed to eternal life believed.

You Know the Drill

This incident in Pisidian Antioch becomes paradigmatic for the rest of the book. Here we have a full account of Paul’s visit. He’s invited to speak in the synagogue, we have a fairly lengthy recorded speech in which he warns the Jews not to reject the gospel, they reject it, Paul announces that he will go the Gentiles, and the Gentiles receive him with open arms.

When I say Pisidian Antioch is paradigmatic, I don’t mean the same thing happens wherever Paul goes. What I mean is that this is the full account of the typical response. From now on we will see very similar things happening during Paul’s travels but the accounts will not always be fully related. Because this first account is given in so much detail, we will naturally read all of the other similar accounts in light of this first account. In other words, unfortunately, the Jews seem to persistently reject the gospel to the ends of the earth.

In Acts 13 Paul has set the pattern for the rest of the book. As we move on we’ll find two basic motifs that take over the narrative. The first is the spread of the gospel to the ends of the earth (to the Gentiles) through the ministry of Paul. The second is the Jewish rejection of Paul because of his message that the gospel is for the Gentiles. These two motifs create increasing dissonance and bring us to the point of highest tension in the story of the book of Acts which, in turn, sets us up for the book’s climactic conclusion.