You are here: Home / muse / The Middle of Acts: Continuing the Ministry of Jesus

As we begin to read the book of Acts along the lines of story we want to continually keep in mind that we are reading from expectation to fulfillment (or from tension to resolution).

There are two aspects to that kind of reading. The first aspect is that we always keep in mind where we are along the path to fulfillment. Certain passages will move us forward toward fulfillment and so we’ll want to keep track of that movement and adjust our expectations accordingly (more on that in later posts). 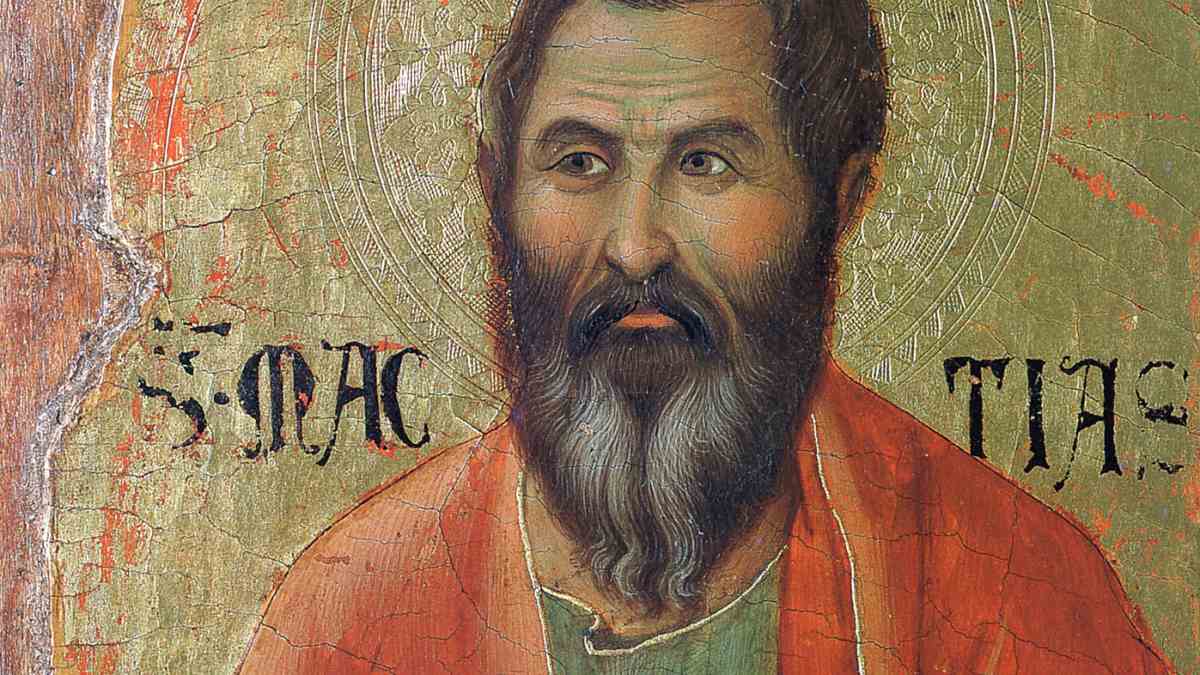 The other aspect is related to the first. We want to relate every passage to the larger whole. When we read for plot we won’t usually be satisfied with “this happened, then that happened, then the other happened,” without understanding how the author has placed the events in relation to each other.

Sometimes the author will even give literary clues as to how passages are related. For example he can tie passages together by repeating key words, by repeating structures, or by putting passages in parallel positions in larger poetic structures. Other times you just have to think through the logic of how the passage you are dealing with contributes to the overall movement of the plot. That’s the situation we have in the passage we are covering in this post. We will have to think carefully about the logic of the passage and how it fits into the whole.

The Plan of God

One of the key supports for Luke’s argument in the book of Acts is that God is in control of history. This helps us to see that the events of history are unfolding according to his plan. In other words, what we see happening is not the mastermind of man, nor the happenstance of history, but it is the very plan of God. This idea is so important that I will be using this phrase throughout this series.

As one way of supporting this idea in the book of Acts, Luke demonstrates that the ministry of Jesus continues through the ministry of the apostles even after Jesus has been taken up to heaven. In this post we’ll take a look at one particular passage that I think works along those lines.

The Election of Matthias

Lots of questions arise when we read Acts 1:15-26. The question of using lots to discern God’s will, for example. How is it appropriate to cast lots when making a decision like this? Is it because the Holy Spirit had not come upon them yet? And why did they even think they need to replace Judas? What in the world do the texts Peter quotes have to do with replacing Judas? Did they jump the gun–shouldn’t Paul have been the twelfth apostle? Sometimes, instead of answering all of our questions, the best interpretation will make answering some of them irrelevant.

I want to get at this passage by looking first at the word δει (dei-pronounced day). This is a Greek word that means “it is necessary.” It’s used two times in this passage. The first time is in v. 16 where Peter says, “Brothers, it is necessary that the Scriptures be fulfilled which the Holy Spirit spoke long ago…” The second is in v. 21 when Peter says, “Therefore it is necessary to choose one of the men who have been with us…” Both of these instances of the word δει are important because they explain the justification for Peter’s belief that Judas must be replaced by another disciple.

In Luke-Acts we find that this word δει is used relatively frequently and that Luke in an almost technical way to emphasize what must happen because God himself has foreordained it to be so. Clearly the usage in this passage indicates that the selection of Matthias is necessary because it is a part of God’s plan. The main reason we can know this is that Luke is recording the selection of the twelfth disciple as being in accordance with Scripture.

Reading the Text, not the Event (an aside)

This is true even if Luke’s assertions are exactly identical to Peter’s. But if the assertions are the same, what difference does it make? It makes a world of difference because it is two different ways of interpreting the text. If interpreters had understood that Luke is making these assertions and not just Peter, no one would have made the ridiculous suggestion that the disciples were jumping the gun by electing Matthias as the twelfth disciple.

While we can hardly expect to know what Peter was thinking because we have so little information about what was happening during this event, we can certainly expect to be able to understand why Luke included these statements. The reason we can expect to understand Luke is because Luke wrote his book as a single work with a single goal and he included everything we need to know to understand how his argument progresses and how each part of his argument fits into the whole.

What we have so far is that Luke is saying that Scripture must be fulfilled and if Scripture is to be fulfilled then they must elect a twelfth disciple to replace Judas. The question now is: What does the Scripture he quotes have to do with this assertion?

As is often the case in the New Testament use of the Old Testament, this is not a straight forward instance of prophecy and fulfillment. Psalm 69 and 109 are not specifically predicting that Judas’ place must be emptied and that the disciples must select a twelfth to replace him. What both Peter and Luke are doing is taking the general idea of these Psalms and applying them to a particular instance of the general case. Better said, they are interpreting their particular situation as belonging to the general movement of God’s bringing salvation to his people in line with what the Psalms are looking forward to. So what is the general case and how does it apply to the particular situation?

The General Case: Understanding the Psalms

Peter cites Psalm 69:25 and Psalm 109:8. We need to look at the wider context out of which these verses come, not just to the quoted verses themselves.

May another take his place of leadership
Acts 1:20 using Psalm 109:8

When we read these psalms we find that in both of them the Davidic figure is crying out to God because his enemies seem to have the upper hand. He is crying out for the defeat of his enemies and salvation for himself and Israel (for example see Psalm 69:34-36). Actually, the book of Psalms as a whole is crying out for precisely this. It is looking forward to the day when God’s chosen one (the Messiah and also all Israel) will no longer be oppressed by his enemies. God in his justice will punish the enemies as they deserve and Israel will be restored. When God’s kingdom comes, the longing of the psalmist will be fulfilled and the Messiah’s reign will be established without opposition.

That is the general case, but how is it applied to the specific situation?

When Peter and Luke apply these verses to Judas, they identify Judas with the enemies of the Messiah. The psalmist was pleading with God and looking forward to the day when justice would be brought to his enemies. He is not so much predicting this as looking forward to it because he knows (based on Psalm 2) that when everything is right in the world, God’s Messiah will experience victory, not defeat.

When Luke and Peter look at the Psalms and compare it to their own experience, they find that that situation the Psalmist was looking forward to has become a reality. Judas is like the enemies of the Messiah, but Judas has been defeated. Just as the psalmist prays in Psalm 69, Judas’ place has been deserted. In other words, Peter and Luke see the demise of Judas as God’s answer to the prayer of the psalmist. Judas’ demise is itself a sign that God has begun to usher in his kingdom.

With Psalm 69 Peter and Luke see in Judas the beginning of the fulfillment of what the Psalms were looking forward to.

In the first quotation Peter and Luke interpret what has happened to Judas in the light of what the Psalms were looking forward to. In their next quotation, in the application of Psalm 109, they they go beyond what has already happened to Judas and apply it to what they think must happen next in order to continue to be in line with what the psalmist was looking forward to.

Their reasoning goes like this. Because of what happened to Judas and because of Jesus’ resurrection, we know that God has begun to fulfill what the Psalms were longing for. The Messiah has achieved victory and the kingdom of Israel is going to be restored. However, the Messiah’s program is not yet complete. The kingdom has not been restored to Israel and Jesus has told us that in order for that to happen we will be his disciples in Jerusalem, in Judea and Samaria, and to the ends of the earth. But wait a minute–Jesus appointed 12 disciples and now there are only 11 of us. Doesn’t that mean that the Messiah’s original program is incomplete unless the number is restored to 12?

That is why they include the second citation from Psalms 109:8. Their logic is that if Jesus is ushering in God’s kingdom in the sense that the enemies of the Messiah/Israel will be defeated and Israel will be restored, then the program cannot go half way. Peter and Luke have correctly reasoned that Judas’ place must be filled in order for the Messiah’s program to continue. He then uses Psalm 109:8 to make this assertion.

With Psalm 109, Peter and Luke reason that in order to see the fulfillment of what the book of Psalms looked forward to in the Messiah, then Jesus’ original program of 12 disciples witnessing about him must be reinstated.

I hope you can begin to see how this passage now fits into the larger whole. We have already said in the post on The Beginning of Acts that our expectation for the book is that the disciples will be Jesus’ witnesses in Jerusalem, Judea and Samaria, and to the ends of the earth. This is God’s plan for the continuing work of the Messiah. If it is to continue, the number of disciples, as the Messiah selected them, must be restored.

Peter and Luke recognize this fact. When Peter cites these psalms and applies them to the case of Judas and the missing disciple, he recognizes that God is beginning to fulfill the longing of the psalmist. More than that, though, he and all the disciples together recognize that they have been commissioned to be Christ’s witnesses and the first thing they must do in order to bring that to fruition is reinstate the group of 12 as Jesus originally intended. So already in this early episode the disciples recognize what Jesus commissioned them to do in Acts 1:8 and they are taking up that task.

This text fits here perfectly because it brings about the restoration of the 12 disciples, making them ready to receive the Spirit and then to begin the fulfillment of the expectation set out by Jesus in Acts 1:8. In that way this passage sets the stage for what is to come and demonstrates the continuity of the ministry of the disciples with the program of the Messiah and the plan of God.