Last May I introduced you to Project Submarine, which is a sort of debate club organized by students from our youth group. The debates take place between students from the seminary and students from the Department of Applied Ethics. The goal of the project is really to build relationships with students and share the gospel.

This school year we’ve been continuing the debates and we’ve had some exciting developments. In June our university fellowship went on a weekend retreat and we invited our friends from Project Submarine. Three students from the Department of Applied Ethics came, including Marek. 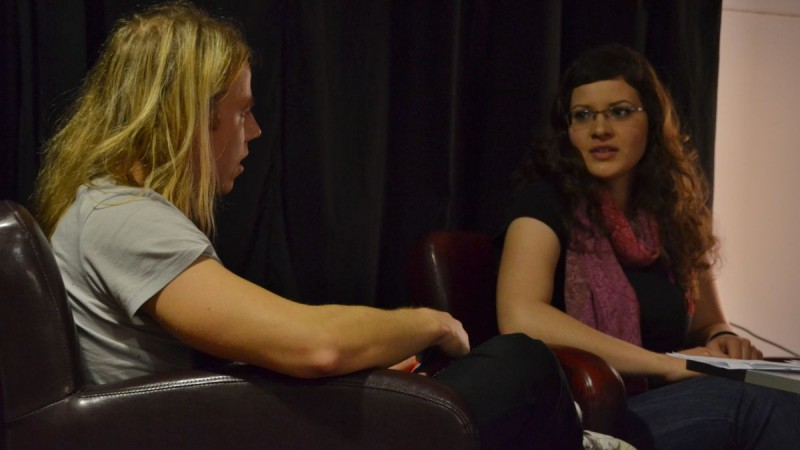 During the fall semester we held three debates, each of which was centered around some aspect of authority. The final debate was about truth as authority. Marek was the debator from the Ethics students.

The December debate was great. Instead of having the debate in a classroom on campus we were able to hold it in a cafe and we invited a musician from our church to play a few songs at breaks and at the end of the debate. Lots of students came and lots stuck around to listen to the music and talk. We had some really good discussions with students that night. Marek was one of those that stuck around.

Just a few days later some of the students from our campus group were hanging out with some of the ethics students. Marek was there.

Through all these discussions throughout the year the students had gotten to know Marek pretty well. During that final meeting he expressed interest in praying and gave his life over to Christ. We’re glad that he’s made this initial step of faith.

I myself am thankful for the students who have put time and effort into Project Submarine. I’m also thankful for all the ways that we’ve been able to see the fruit of the various ministries we’ve been involved in this year.