You are here: Home / ministry / Music Together on Campus 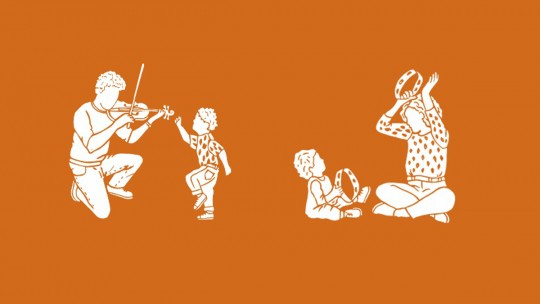 Jana’s progress with Music Together continues to be encouraging (for a refresher, see our previous posts here and here).

In late January Jana started going through a mentoring process with a Music Together program in Lake Forest.  In the beginning she was observing and gradually she was given more opportunities to lead songs until two weeks ago she led one half of the program.  After each lesson she received feedback from the mentoring teacher and then finally from the Director of the Lake Forest center.  The feedback was always positive and constructive.

Jana has been encouraged by the whole process and is looking forward to doing some teaching on her own. In fact, after the last lesson she mentioned to the Director that she would be willing to teach on Trinity’s campus for free if it would work out to run the program through the Lake Forest music school. She wasn’t sure how the Director would respond but it turns out she was very enthusiastic. Jana’s now in the middle of setting up the classes with the goal of starting as early as the week of March 16th.