Trinity College sends their concert choir and symphonic band on tour each year–usually in the States, sometimes overseas. This year they’re touring Europe with stops in Slovakia, the Czech Republic, Germany, Belgium, France and Austria. Their first stop in Slovakia was right here in Banská Bystrica to spend the day with Narnia Elementary School and give a concert downtown in the historic Town Hall. 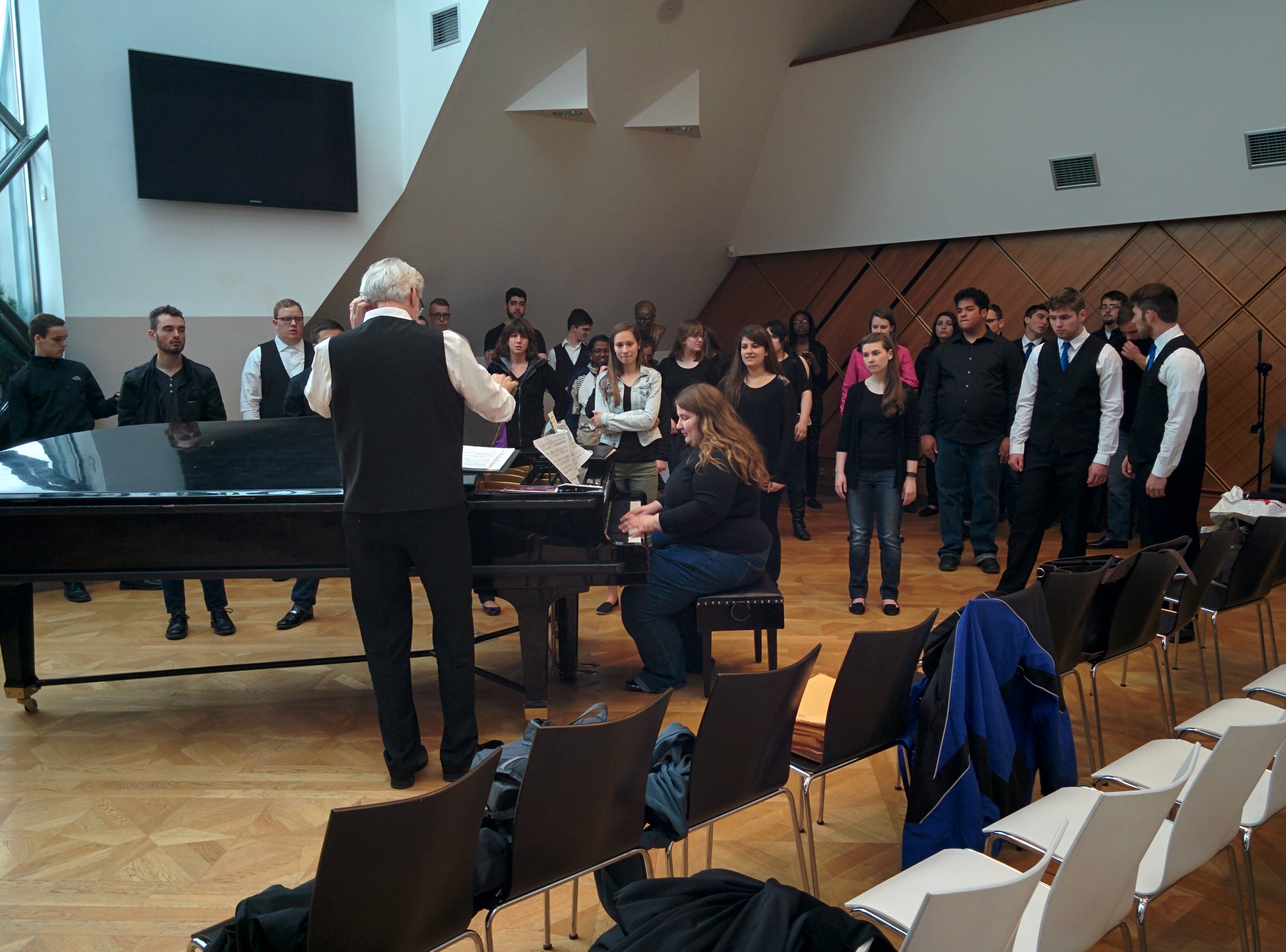 The concert choir warms up before the concert.

Anything that Could Go Wrong–Went Right

I’m not an organizer. Details stress me out. As the students from Trinity were on their way I was worrying about whether or not there would be enough seats in the concert hall. Or if it would end up being half empty. How were the Americans going to adjust to jetlag and still get up early in the morning for school? How were we going to manage 57 Americans in the grade school without disrupting the whole school schedule? Would the kids appreciate sacred choir music during their monthly chapel service? Or would they make fun of it?

In the end, everything went great. The Americans were easy to work with. The leaders of the group obviously had the respect of all the students and there was amazing cooperation from their end. The staff and students at Narnia were welcoming. They loved the chapel service that the choir and band put on for us.

Truly, a good time was had by all.

The Trinity College students arrived Monday night and despite getting to bed late after a long flight from the States, they arrived in the morning in time to start the school day with the Narnia kids. The teachers set up an activity called “speed-dating.” The kids split up into groups of two and took turns spending a couple of minutes with each American. Their goal was to find out the most interesting fact they could about each American. At the end they presented their findings before the class. 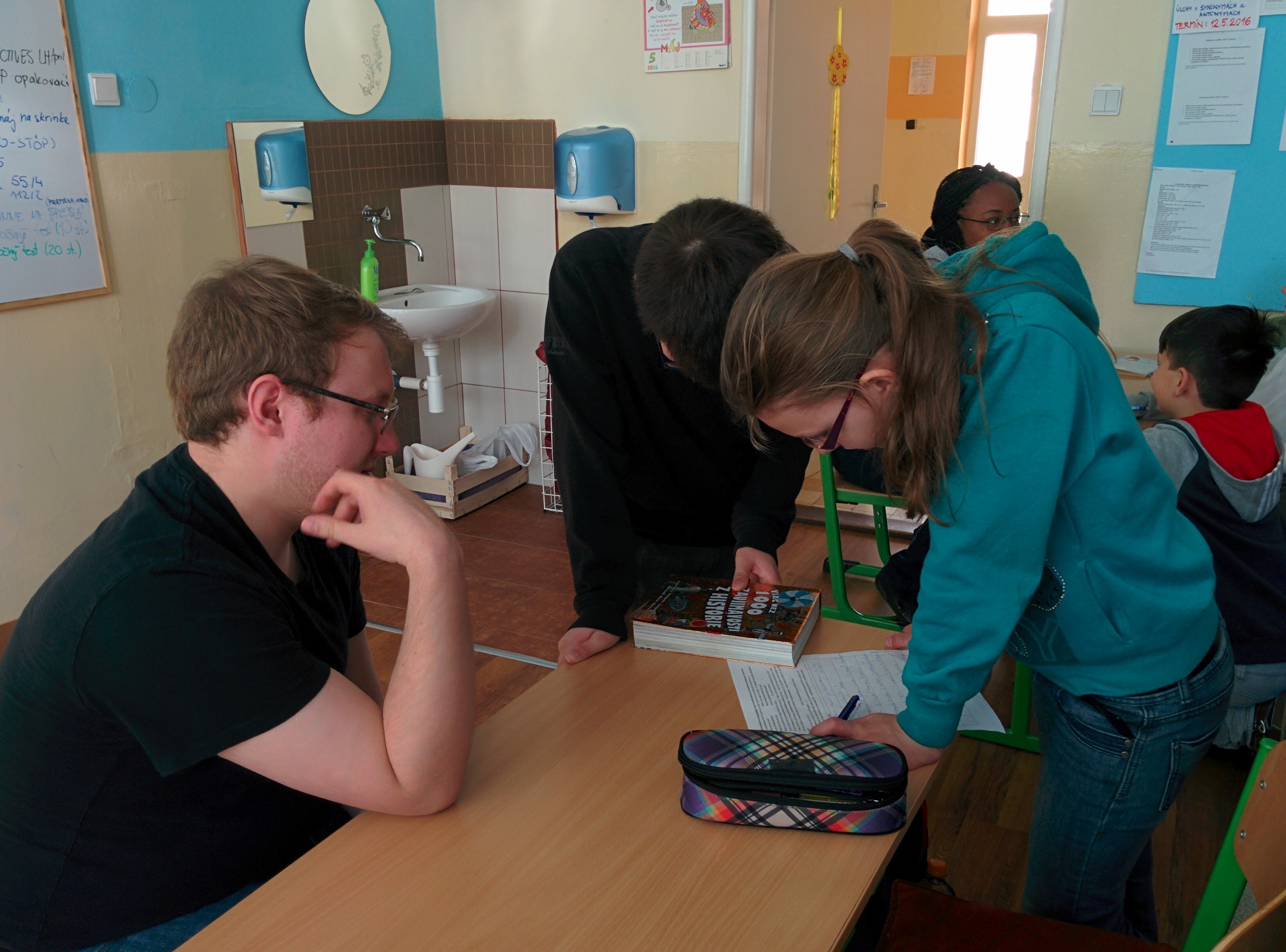 Two fifth graders talk with one of the Trinity students during their “speed dating” activity.

That might not seem like an earth shattering activity–but for some students it was. Some fifth graders for example may have never had a chance to talk with a native English speaker before. Those kids were amazed and excited to find out they could actually carry on a conversation in this language they’ve been studying in their classes. What a huge motivator for them!

The fifth graders convinced this group of guys to sing them a quick song at the end of class.

At the end of the morning, the choir and band put on a short chapel service for the kids. The band played, the choir sang, and some of the students shared short testimonies. 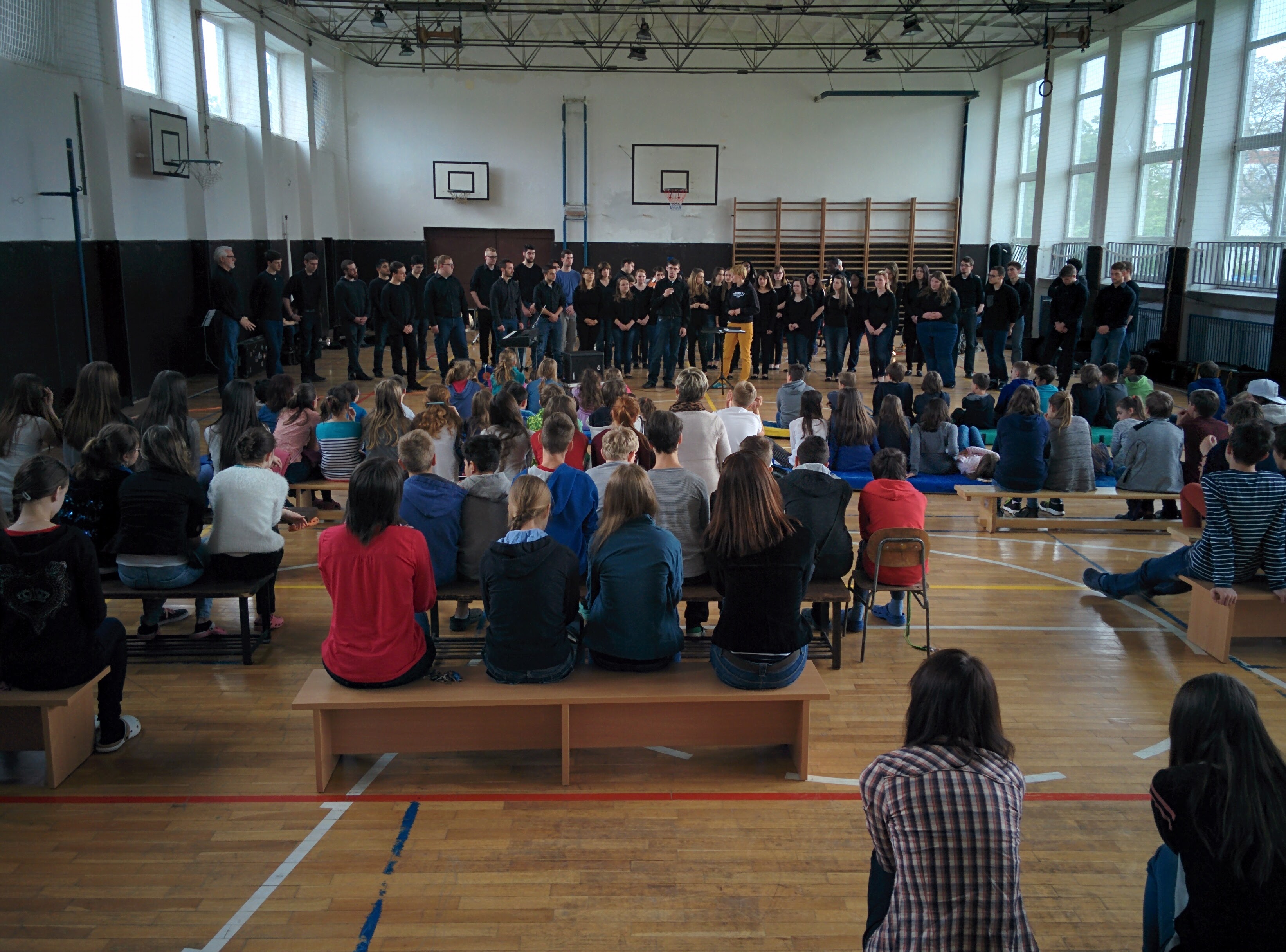 In the evening the choir and band put on a concert in downtown Banská Bystrica at the historic town hall. 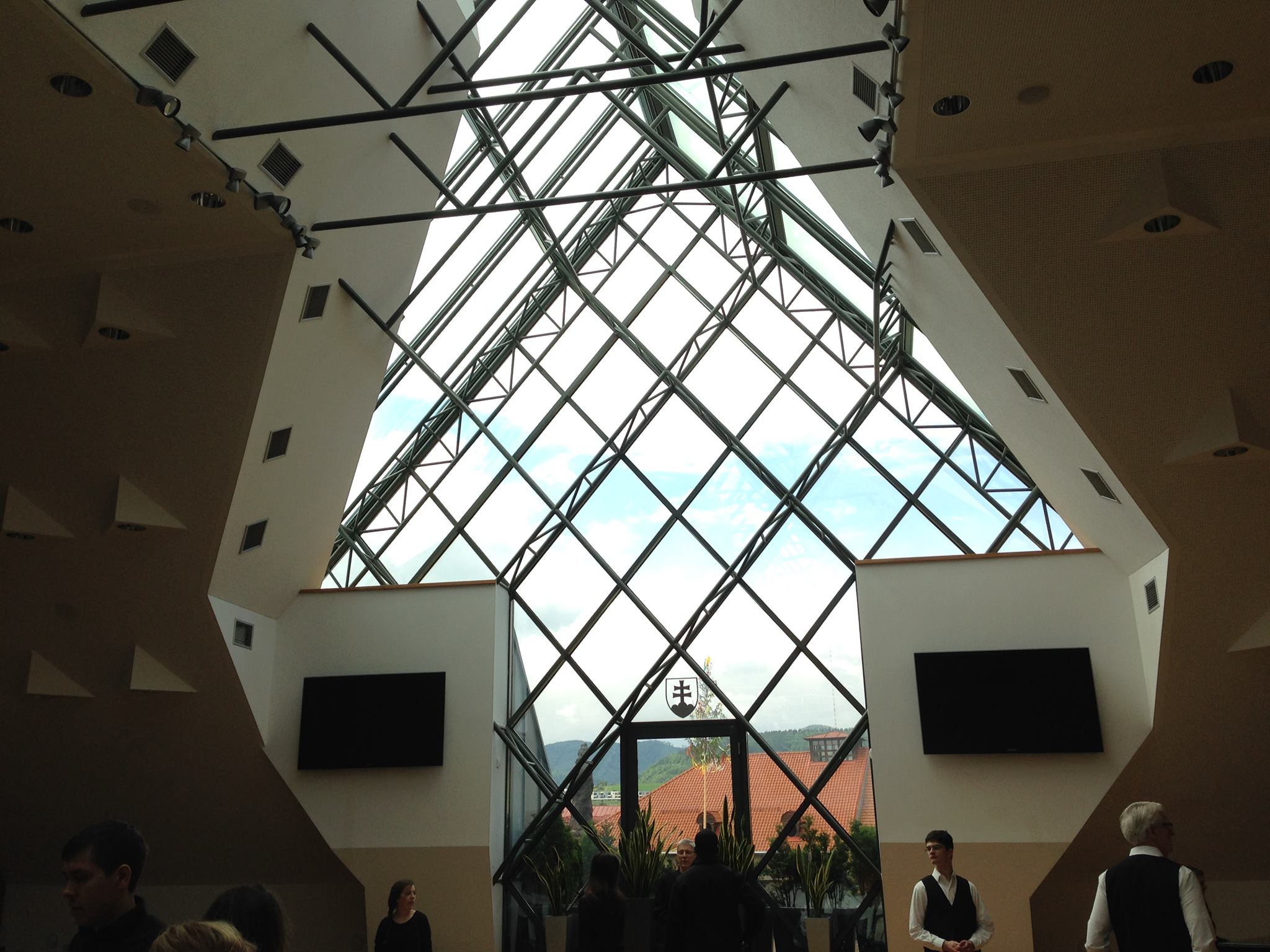 A view looking out of the concert venue in the town hall.

The concert was amazing. Only about 120 people fit in the small concert hall but it created a family atmosphere. And that’s not a euphemism. Since the students stayed in families it was mostly their host families that attended. That little mutual act of service created a bond between the performers and audience that was amplified by the size of the venue.

The performance itself was amazing. A lot of Slovaks commented, for example, on the impact it had on them when the choir surrounded the entire room to sing one of their opening songs. For me personally, in the middle of the stress of planning the event, it was a time of true worship as they sang songs like “How Deep the Father’s Love for Us” or “Praise to the Lord, the Almighty.”

The concert choir warms up before the concert.

On the last day we said goodbye right away in the morning but not without having a chat with the superintendent of Narnia. Every year Narnia employs two (soon three) teachers who are native speakers of English. These teachers need to have Bachelor’s degrees (not necessarily in teaching) and we have often struggled to find the high quality people we need. So having the choir stop in Banská Bystrica gave us the opportunity to present this opportunity to these students and build a contact with a school in the States.

Praise God for the blessing that this team brought to Slovakia