When we left the United States in June neither Max nor Elisabeth were speaking Slovak. Elisabeth was able to spit out a few ideas, but hardly ever a full sentence without getting help from Jana or me. Max couldn’t say any more than a single word at a time. In fact, when we got to Slovakia I was a little worried because Max was speaking English with his cousins and friends as if everyone in the world knew English. 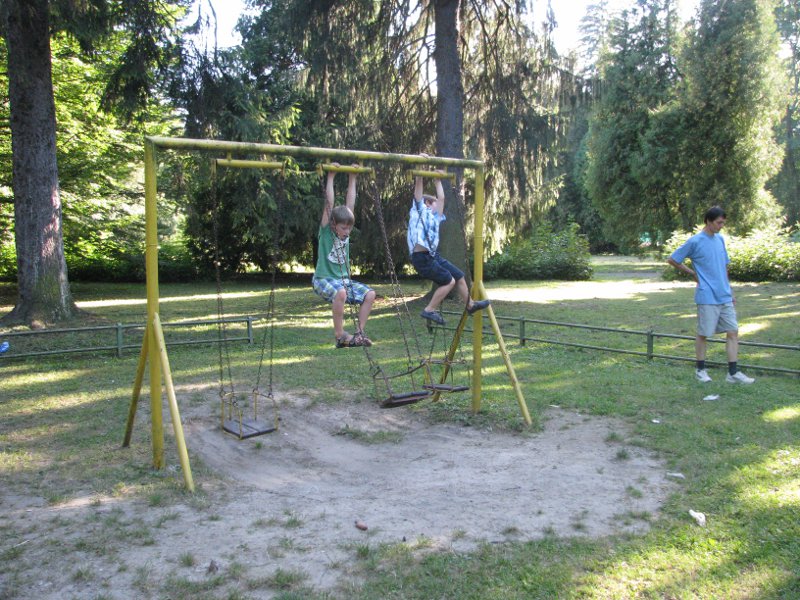 Once we left Max to play with his classmates from school and after a while we went to see how he was doing. But he wasn’t there and we couldn’t find him anywhere. We tried to ask his classmates where he was and they replied, “We don’t know.” We tried to see if he said where he was going but they replied, “Maybe, but we don’t understand him because all he does is talk in English.”

Max also had trouble rolling his r’s. We worked on this with him in the States and he got so far as to once in a while spit out something like a rolled r, but never consistently, and never in an actual word. Here in Slovakia he was even starting to take some flack from his cousins. That must have motivated him because on a road trip to the east of Slovakia Max kept repeating over and over the word “do – BRE,” “do – BRE,” trying to get that r down. And I must say, once we got back to Banská Bystrica there was a huge improvement. If you listen to the clip you’ll see he’s pretty good at rolling his r’s.

By way of explanation, “strč prst skrz krk” is a Slovak tongue twister that means “stick (your) finger through (your) throat.” It might look like there are no vowels in that sentence, but in Slovak the letters r and l can also serve as vowels.