You are here: Home / ministry / Old and New in Nitra (gallery)

From 2001 to 2005 we lived and served in Nitra, Slovakia. Elisabeth and Max were both born during that time. When we left Nitra in 2005 we left behind dear friends and a small church plant. Last Sunday we got to visit our old stomping grounds as Todd kicked off a sermon series in the book of Proverbs for the small but growing congregation. 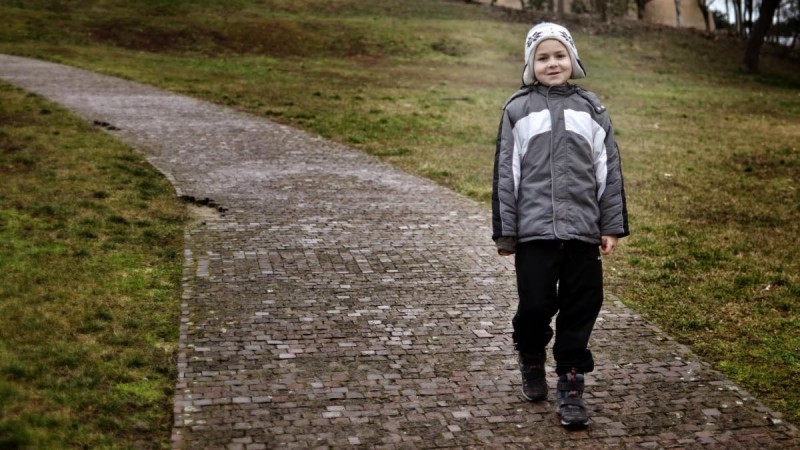 Jakub was just 6 months old when we left Nitra in 2005. Last weekend we got to catch up with his family during a visit to Nitra.

Besides teaching at the seminary I like to preach or teach about once per month at congregations throughout Slovakia (I’d teach anywhere in the world, given the chance). This month it turned out to be Nitra where we spent four years of ministry from 2001 to 2005.

The current pastor in Nitra is beginning a series on the book of Proverbs and since I’ve been helping him a bit with the book he decided to let me kick off the series.

Preaching in Nitra gave us the chance to re/connect with the congregation there. They’ve been having their struggles as a small fellowship of around 20 but it was encouraging to see new faces. Actually, some of them were “old” faces–people we knew from ten years ago–back when they were little kids.

One of the big outreach activities in Nitra was the annual English language camp. Through those camps we met families that became a part of our wider circle. Some of those families never became a stable part of the congregation. Eventually they stopped coming and the contact with them was minimal.

During this visit to Nitra we were surprised to find kids from two of those families. One, now a sophomore in college, is planning to become a member of the congregation. Another, now in junior high, recently became a believer.

You never know how the ripples will spread and where the effects of the gospel will be felt. Praise God for being the Lord of the harvest.

Not so Old Friends

While in Nitra we also got together with some family friends. Jana and Nasťa attended child birthing classes together while Jana was expecting Elisabeth and Nasťa was expecting Matej. The two were born a month apart and every year that we were in Slovakia we had birthday parties together (along with two other families).

When we left Slovakia Matej and Elisabeth were three years old. Nasťa and Marek already had two more children and we had a one year old Max. My how the kids have grown.