I’ve talked with people whose parents would often invite missionaries to stay with their family whenever they passed through on deputation. Some have told me what an impression it left on them to hear those missionary stories while growing up. They were amazed and even inspired at the sacrifice and faith they saw in missionary families who visited them. 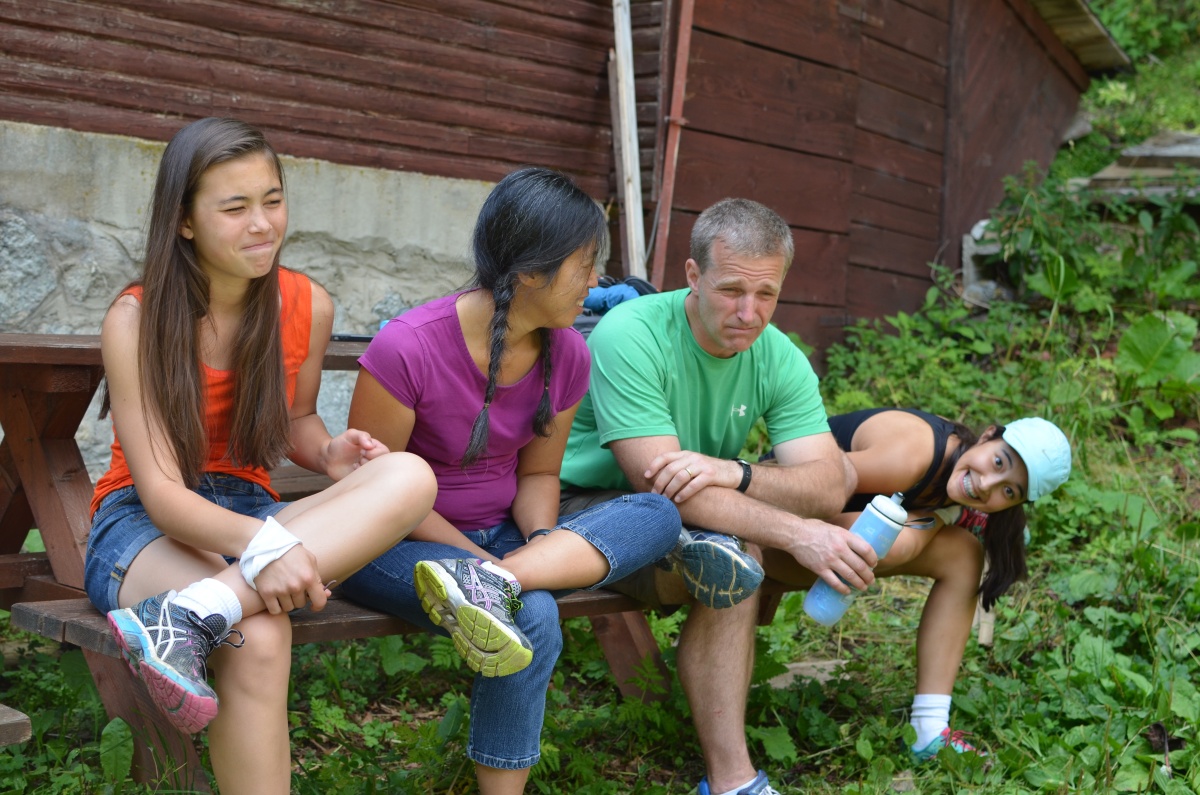 I think about that sometimes as we travel to various places in the process of raising support for returning to Slovakia. Those are big shoes to fill.

Times have changed a bit, though. Missionaries nowadays don’t generally pack up all their things in their caskets, knowing they are unlikely to ever return to their homeland alive. But even if missions has changed, there’s still plenty to be inspired about. Only this time, I find myself (the missionary) being inspired by those we visit.

In August we took a short trip to Grove City, PA where there is a faithful couple and church that have been supporting our ministry for almost ten years now. On that trip we stopped by some other supporters in Dublin, OH (near Columbus) who are also close friends. In each case we found ourselves challenged by their examples.

The Duffs are our friends and supporters from Dublin, OH. They have two daughters, Hannah (10) and Sarah (8), so their kids are pretty close in age to Elisabeth (8) and Max (6). During our few days in Dublin we were able to relax and enjoy spending time with their family. The Duffs are involved in a ministry out of Ohio State University which connects international students with Christian families who are willing to open up their homes in order to help the international students adjust to life in the States. David and Mai are one of those families.

Perhaps part of the reason they have such a heart for this ministry is the fact that Mai herself came to the United States from Vietnam as a very young girl, when her family was escaping the communism of Vietnam.

It’s a harrowing story–escaping on a boat from Vietnam and then staying in a refugee camp in Indonesia, before finally arriving in the United States. But her family eventually ended up in the home of a Christian family in St. Louis that helped them adjust to their new life. Not only that, it was that family in St. Louis that introduced Mai and her family to the gospel. So now David and Mai are continuing that ministry through their own family.

I don’t know of many people near retirement age who have been professors at Universities or who have owned a successful business who would be willing to readjust to life in a dormitory, let alone a dormitory in a foreign country. But the Daytons did just that back in the spring of 2000 when Anne spent one semester teaching English at the university in Jana’s home town of Prešov, Slovakia.

While Anne was teaching, Dave had some time to think about his next business venture (he had sold his computer business before the trip to Slovakia). When he saw the amazing handmade folk crafts in Slovakia he felt sure there would be a market for these kinds of items in the States, especially in Western Pennsylvania, where Slovaks from the Old World tended to settle at the beginning of the twentieth century. So Dave and Anne decided to create import and export businesses to bring Slovak folk crafts to the States. They opened a store to sell the items in December of 2000.

The real story behind this venture is not the business itself. It’s the Daytons. The Daytons are not driven by a desire to make a profit off Slovak folk crafts, they’re driven by a desire to help out the Slovaks and their economy, and a desire to help build the church in Slovakia. Since 2000 they’ve been leading small groups from their home church in Grove City, PA back to Eastern Slovakia to help develop a camping ministry, then to help develop a similar facility in Ukraine.

Live to Eat, or Eat to Live?

I once bought a suit at Manny’s Menswear near Chicago. As I was having the slacks fitted I was contemplating adding just a little bit in the waist. It was quite an investment to buy this suit and I wanted to make sure it was going to last for a long time. But the salesman persuaded me otherwise. “No, no, no,” he said, “Size ’em to fit. Besides, I can see you’re like me, you don’t live to eat, you eat to live.”

There’s so much more to life than eating, drinking, and being merry. There’s more to life than getting ahead, or even just getting by. The thing that inspires me about the Duffs and the Daytons is how clearly I can see in their lives that they don’t live to eat, they eat to live. They have set their hearts to serve the Lord and they arrange their lives accordingly. They haven’t planned their ministry around their lives, fitting it in wherever there might be room; they have planned their lives around their ministry.