You are here: Home / ministry / John Lennox in Slovakia: Has Science Buried God?

John Lennox, a well-known Christian apologist and Oxford Emeritus Professor of Mathematics. Dr. Lennox has debated Christopher Hitchens and Richard Dawkins (see video below) and he recently came to Banská Bystrica to give a talk on “Has Science Buried God?” 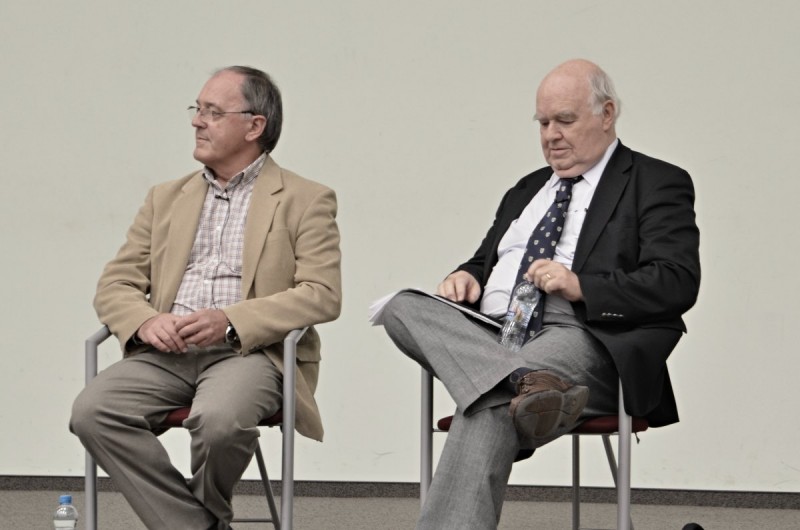 I’ve written before about “Project Submarine” (and also here) which was a series of friendly debates between students from our seminary and the department of applied ethics. In the past year these debates have waned because one of the main organizers got himself married and has gone off to Scotland to serve as a missionary to Slovak Roma (gypsy) expats there. Nevertheless, InterVarsity (IFES) invited Dr. Lennox to Slovakia and decided to bring him right here to Banská Bystrica based on our established debate program.

Even by the photo below you can see that the lecture was well attended. By the time everyone arrived it was standing room only with people lined up along the outside aisles. I was surprised that I recognized people from all over Slovakia. Someone said a busload of people came from another town. 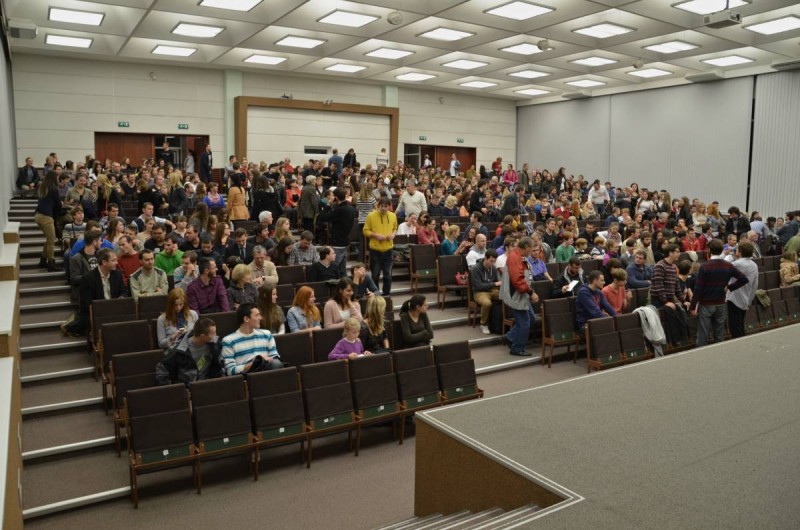 I suppose the fact that I knew many of the people from various churches throughout Slovakia means that most of the people there were believers. Is that disappointing? Wasn’t the purpose to be a sort of outreach? Maybe. But it’s important to point out too, that believers in Slovakia don’t have much opportunity to hear people of such caliber speak. This was a rare opportunity to be encouraged as John Lennox defended the Christian faith in the university forum.