You are here: Home / ministry / Encouragement from Out of Nowhere

Sometimes you don’t realize just how God has used you until someone from the past shows up and surprises you. Just recently Jana received an email from someone who attended one of the English camps we helped out with when we were still in the States working on my MDiv at Trinity. 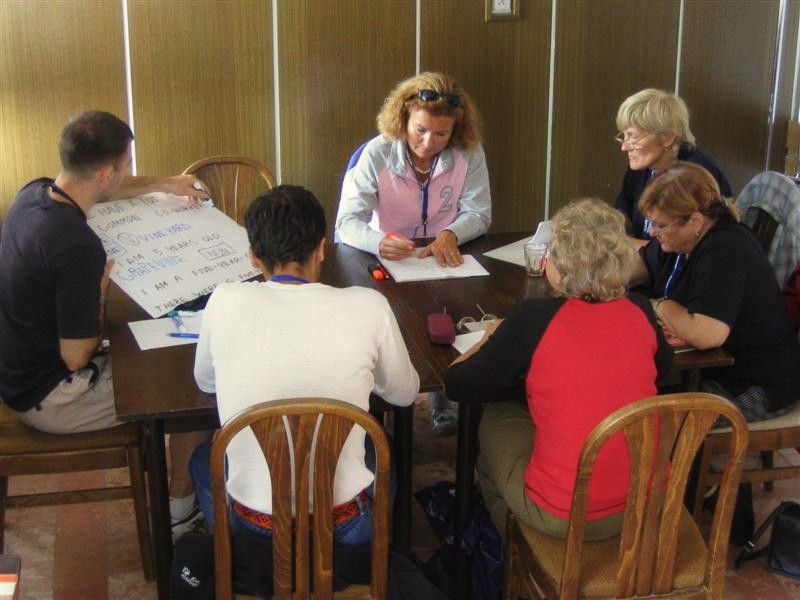 I just found you on Google.

About 15 years ago we were at one of the English camps near Banskej Štiavnici organized by the Nitra church plant. I was there with my son Janko who you (Jana) had in the morning Bible classes. Todd gave an evangelistic talk on win-win. Do you remember? I was the proud mom with the curly headed blonde boy in her lap.

It was strange to me then, that the team would wake up at 7 in the morning to pray but it was not in vain. I came forward at the challenge at the end of the camp. The Bible began to speak to me and I gave my life to Christ at the end of that summer. Janko studied English and he participated in a Child Evangelism course as you recommended. His brothers all grew up in the fellowship “Christiana.” Janko was a small group leader in the youth group there and a counselor at summer camps. This fall he’s getting married and he’s finishing up his Master’s in Computer Programming.

Jana and I were thrilled to hear this testimony of God’s faithfulness. There were so many people from the States that helped out with those camps. People from Rockford, Davis, and Naperville. So much time, so many resources, so much care and love. It’s wonderful to be reminded that “it was not in vain.”