You are here: Home / ministry / Project Ponorka on Homosexuality (gallery)

Project Ponorka had its first meeting of the new semester this week with Peter Payne from California. Peter talked on the subject of homosexuality from the perspective of a Christian and philosopher. 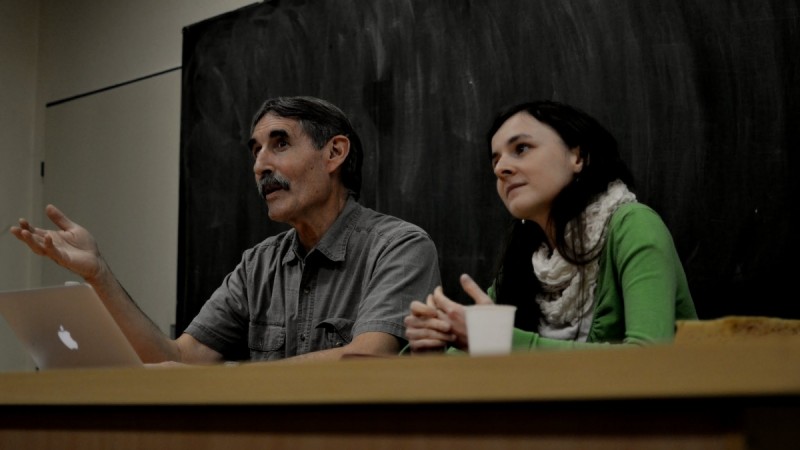 Project Ponorka, or project submarine, is now in it’s third year. It’s a series of debates or discussions that is organized by students from our InterVarsity fellowship at the university of Matej Bel (IFES, VBH), by the Department of Applied Ethics, and by our seminary.

We kicked off this semester with a lecture on homosexuality from Peter Payne. Peter was in Banská Bystrica all day so in the morning he gave a lecture on doubt during our chapel at seminary and in the evening he came to Project Ponorka.

I thought he did a great job. He gave us the perspective of a true philosopher with some nuance of thought rather than just the standard position you might expect from any Christian on the street. Nowadays it’s pretty hard to present a position that does not approve of the practice of homosexual behavior without coming off as a bigot, but Peter was able to do that and he presented a pretty convincing case both from Scripture and from ethics.

Naturally, there’s still a big difference between secular ethics and Christian ethics, but Peter helped us to see the viewpoint of Christian ethics as a viable position, even in our rapidly changing society.