Winter crossed two continents for us this year with some great memories and ministry on both but now it’s time put away our winter album and break out the spring. Check it out on our gallery page.

Sorry, these galleries are no longer available.

It can be fun (and useful) to study the visit stats for our website and learn how to adapt our communications with supporters. Two years ago I poked fun at Vermont because it was the only state that had 0 visits to our web site in 2013, putting it (I joked) in the same category as the likes of North Korea and Somalia. Not only does it seem that four people in Vermont were born again this year (joking again) but the Russian Foreign Intelligence Service decided they needed to keep careful tabs on my website (only half joking).

END_OF_DOCUMENT_TOKEN_TO_BE_REPLACED

Get yourself a cup of coffee or tea and listen to Elisabeth and Max’s violin and guitar duet while we run through some photo highlights from 2015. Apparently we spent all our free time in the mountains this year.

END_OF_DOCUMENT_TOKEN_TO_BE_REPLACED

Year end listicles are all the rage in the newspapers these days so I thought I’d jump on the bandwagon and do a toddjana top 10. I can’t really do top 10 blog posts because I haven’t written that many worthwhile posts this year. So we’ll stick with a more general top 10 interesting tidbits from the 2013 toddjana blog.

END_OF_DOCUMENT_TOKEN_TO_BE_REPLACED

Our site was hacked. Someone gained access to our servers and placed malicious code in our site that injected spam links in every post. It seemed like the quickest way to fix the problem was to delete everything and start all over again. Luckily, it’s fairly easy to renew the content. But it’s going to take much longer to restore the look and functionality and since we’re in the process of moving right now it’s going to take that much longer.

Not counting a few years of experimentation and “finding its way,” 2010 was the first full year that toddjana.com was in operation. Since this is the time of year for januflecting (looking back and looking ahead), I thought I would share some of what I think are the highlights of 2010.

END_OF_DOCUMENT_TOKEN_TO_BE_REPLACED 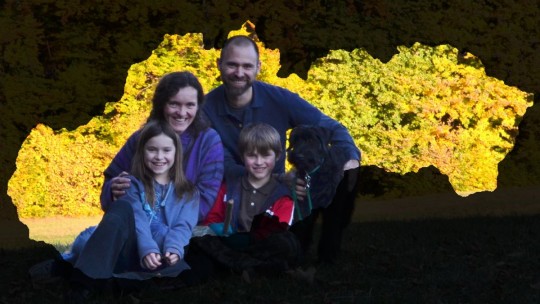 UPDATE: Most everything (except for a few links and the photo galleries) is fixed now. While I was reimplementing the theme I went ahead and made some design changes. Hopefully nothing that will cause confusion.

In order to publish this blog I use a content management system from WordPress. Well, WordPress just came out with a major new upgrade END_OF_DOCUMENT_TOKEN_TO_BE_REPLACED

All kinds of news, good and not so good comes out of Slovakia.

Slovakia won its first winter Olympic gold this year. The Hockey team beat Sweden and Russia in surprise upsets. Slovakia’s continues to be an economy to watch in Central Europe. National elections are coming up in June. The Slovak government’s scandalous dealings with minorities. A seemingly large number of government scandals in recent months.